When you focus on curing an illness, you can often miss the other things a child needs. Their everyday routine. Their education. Drifting off to sleep in their own bed. 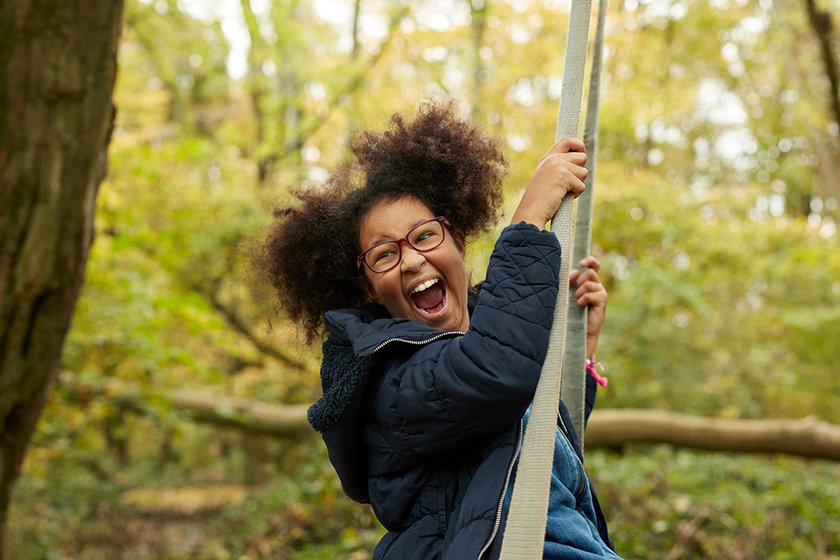 It’s why we’re adopting a holistic approach. One which understand a child’s individual needs, rather than just their condition. Looking at the person not just the patient.

We’ll look beyond what’s written on their chart, and help young people get better by surrounding them with the things they’re used to. Involving their family and friends, and putting play and nature and creativity at the heart of their therapy. We’ll look at the whole picture to give kids more opportunity to be kids. It’s important we do all we can to make something abnormal, that little bit more normal. Whether that’s enabling children to play, to maintain friendships, to access nature, to carry on with their education. We’ll provide individual care that goes beyond treating the illness and gives young people and their families the support and resilience they really need.

No matter what they’re going through, every child deserves a childhood.

Designed for children by children

The hospital will not only be built for children and young people, but with them. We’re putting families at the heart of the design process, listening and responding to their views, from the way we lay out our wards and theatres through to what people see when they first walk into the hospital.

This will ensure everything revolves around the things young people value — the outdoors, play, open space. The things that will make them feel better.

To get involved into different aspects of the hospital project, visit the Children, young people, families and carers page. 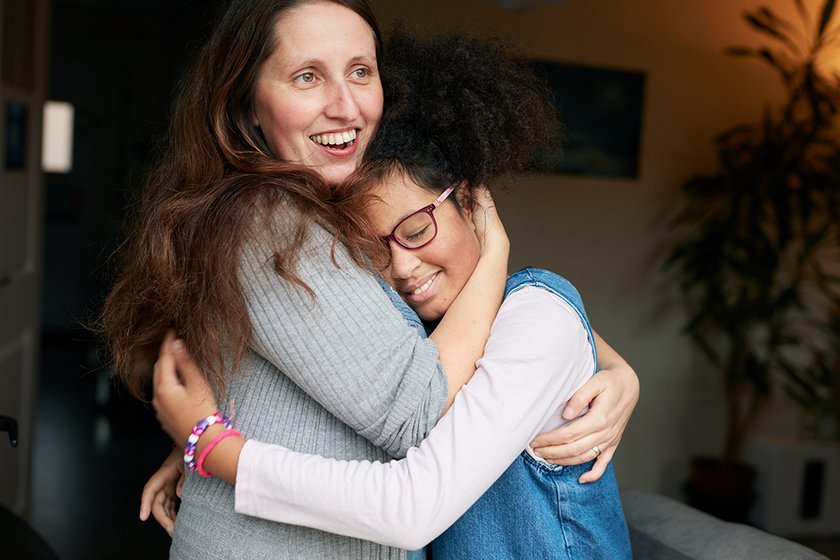 Seven years after her diagnosis, Zofeya makes her mum, Noemi, laugh every day with her cheeky personality

An illness doesn’t just affect a child, but everyone around them too — their parents, siblings, family and friends. It’s why we’ll consider their experience at all times, introducing parent rooms, kitchens to cook in together and space for quiet reflection and privacy. We’ll also draw on the expertise and compassion of our staff to provide all families with the confidence and support they need to manage these unusual situations in the best way they can.

To find out more about the new hospital visit Our hospital section.

At one with nature

Being around nature has proven time and time again to benefit children. Even the smallest connection with the outdoors can improve memory, energy levels, creativity and mental health. It’s why we’re committed to building the greenest hospital we can. Creating a sustainable environment for the future, which gives children more room to breathe.

School is a key part of every young person’s development, so it’s essential we can continue their learning wherever possible. With new methods of virtual learning we’ll be more flexible to each child’s unique needs and levels, providing an experience that’s as true to the classroom as possible. And keeping them connected to a defining part of any young person’s childhood.

We’ll understand the person, not just the patient

When Phoebe got sick, it didn’t mean life as she knew it had to stop. It just meant we had to work harder to help her live it. 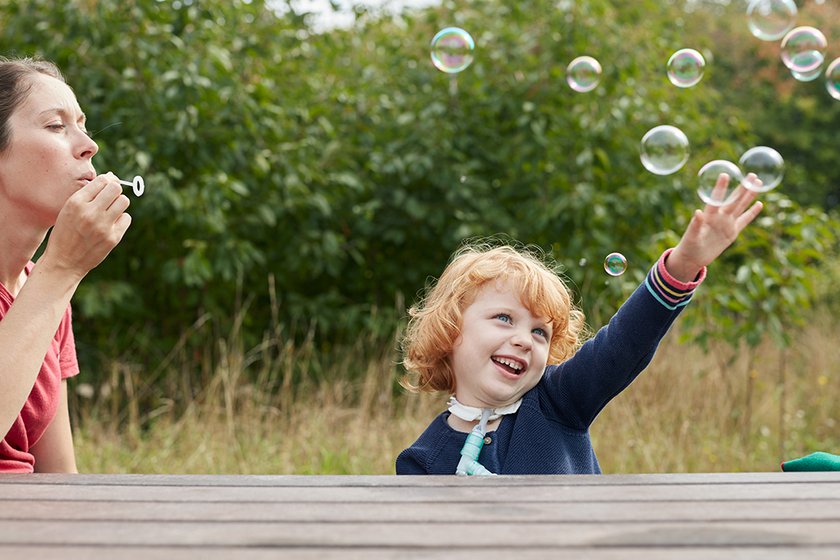 At the age of two, Phoebe caught a common cold. But as her symptoms worsened to the point where she couldn’t stand up, it became clear this was anything but common. Suspecting meningitis, Phoebe’s parents took her to hospital for observation. It was here her breathing became difficult and she was admitted to the paediatric intensive care unit. The cold virus had triggered a rare inflammatory response in Phoebe’s body which had damaged her spinal cord and affected her ability to walk, talk and eat.

Over the next nine months, Phoebe underwent intense physiotherapy in hospital and rehabilitation centres, where she could relearn these basic, yet vital skills. It meant being away from her home and her family for almost a year, becoming more accustomed to doctors and specialists than friends and classmates. 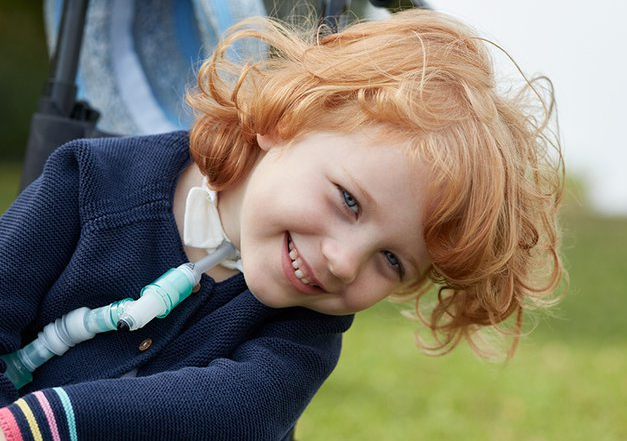 Respite from this abnormal situation came in the form of the hospital play team. With them, Phoebe could escape into a world of fun and imagination, and feel a little more like herself again. The team came to see her most days and even helped her celebrate Christmas and her third birthday, providing a sense of normality during the more memorable moments of her young life. 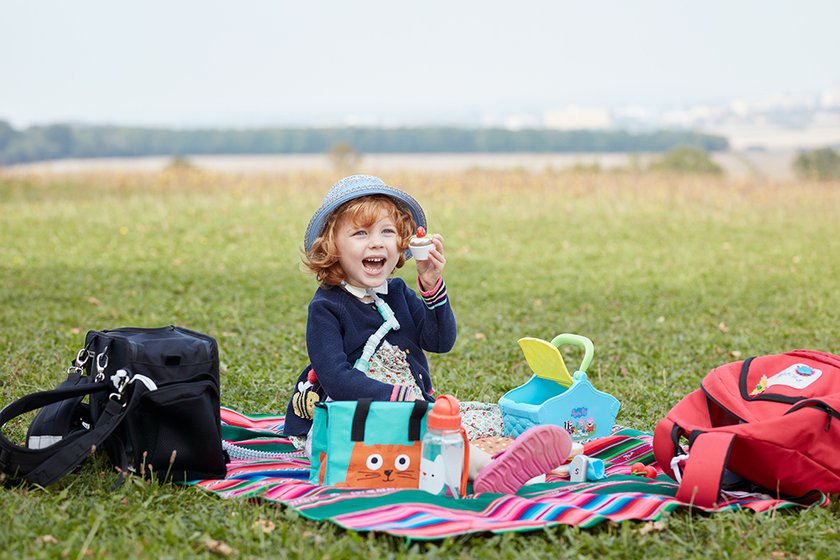 Phoebe’s at her happiest during a day in the sunshine with her mum, Hannah, surrounded by nature and her toys

We hope with the support of the new children’s hospital, Phoebe will continue to make good progress and become as independent as she can be.

These positive distractions also gave her parents time to themselves. Time they used to talk, and receive the emotional support and hands-on training they needed to look after Phoebe when she left the nurses’ care.

Now she is home, her ventilator and body brace go wherever she goes. Over the next few years, this includes coming with her to regular monitoring and future surgeries – all of which will feel a lot less intimidating, and a lot more normal, thanks to the welcoming environment of Cambridge Children’s Hospital. An environment which will give children like Phoebe a clear picture of what’s to come and more time to concentrate on the things they love.

Providing support for families, beyond the illness

Bumps in the road are common with any illness. It’s by looking past the condition, we can make things smoother for young people like Zofeya. 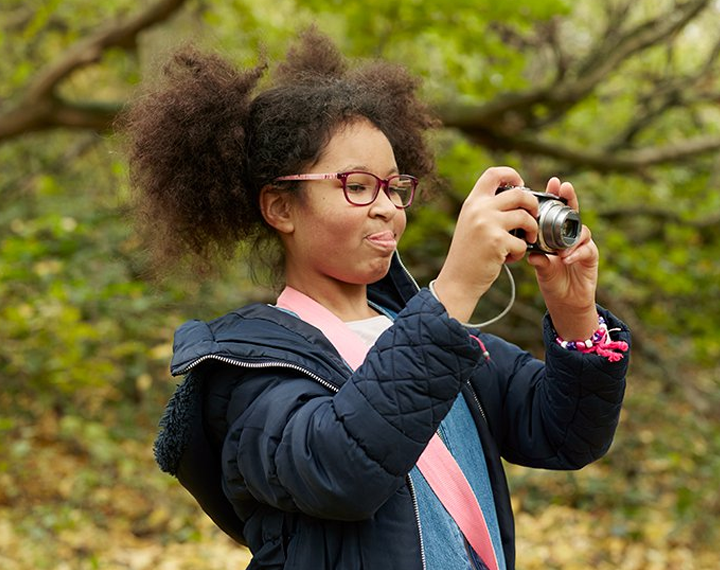 With any adventurous four-year-old, parents can expect a few bumps and scrapes along the way. However, when Zofeya started tripping and knocking into things more than usual, her parents suspected something wasn’t quite right.

After a trip to their GP and an extensive eyesight test, Zofeya was referred for a scan. It confirmed she had a malignant medulloblastoma, a cancerous tumour in her lower cerebellum — the part of the brain which controls movement, balance and muscle coordination.

She immediately underwent an eight-hour operation to remove the tumour, following which she was unable to move, talk or even swallow. Her family had an anxious two-week wait before they saw Zofeya smile again, and the cheeky girl they knew began to return.

After surgery came chemotherapy and daily radiotherapy, and the hospital became Zofeya’s ‘second home’ for the next year and a half. Alongside her brother Malacai, she was often spotted racing around the wards on her trusty red tricycle or spending time with the play therapy team. They helped her understand what treatments were coming up, using a teddy bear to outline the procedures and to explain what they were doing to make her feel better, such as attaching a Hickman Line — a tube in her chest that would feed her medicine. 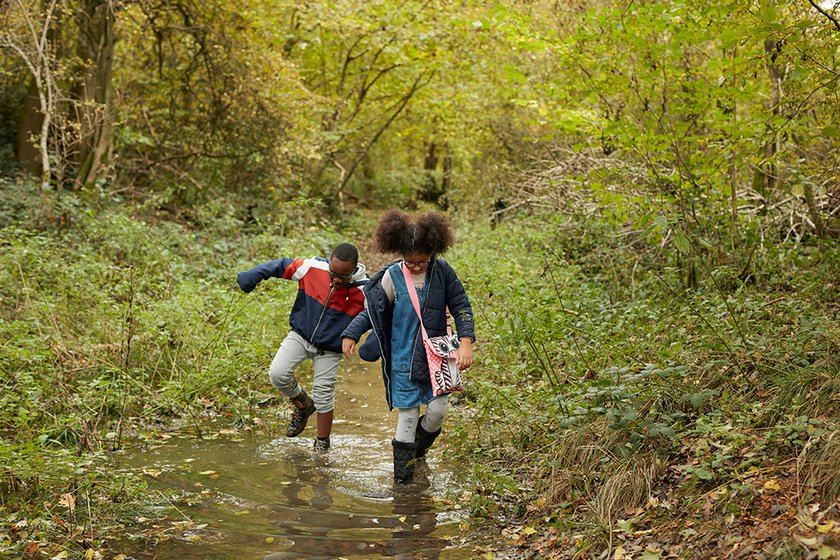 Playing in the woods with brother Malacai

So often it is not just about the actual illness, it is about the ongoing and long-term support both for the child and their families. Having a specialised hospital that treats the child as an individual and is there to provide support for the family as well is so important.

Meanwhile her parents stayed nearby, just minutes away from Zofeya’s bedside.

The hospital provided space where they could stretch out, find calm away from the wards and cook their own meals in a communal kitchen.

During this period, they were also offered the emotional and practical support they needed to care for Zofeya as she returned home. Help which Cambridge Children’s will give to all children, not only within hospital walls but beyond them.

So patients like Zofeya can enjoy trips to the zoo, get the right education at the right time, and live as normal a childhood as possible.

It’s this level of empathetic, holistic care which Cambridge Children’s Hospital wants to offer every young person throughout the region. Care which sees the bigger picture to understand how helping a child understand their condition, involving their family and treating them like other children can all aid their recovery. 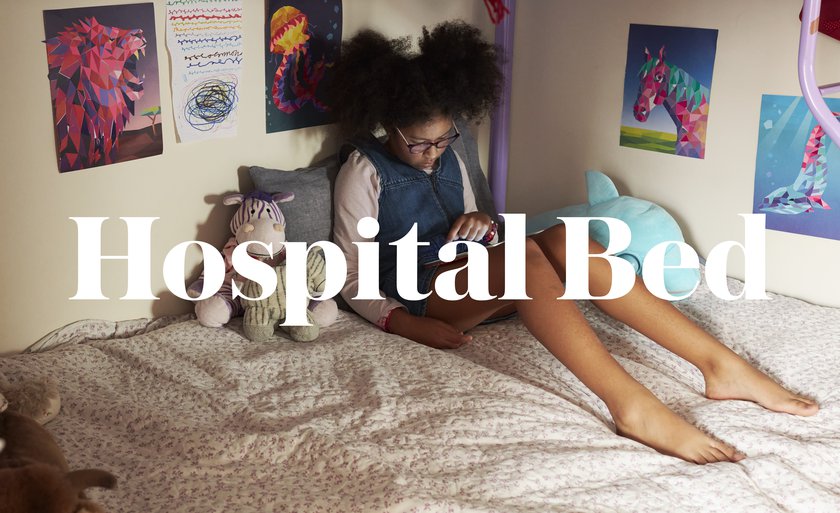 And now Zofeya is cancer free, it’s made her even more determined to enjoy more of what she loves, and make the most of every adventure.