Imagine a world where you are sick up to 50 times a day. For 14-year-old Zachery Sayers from Hertfordshire, this had become a daily reality. Zach had been vomiting on and off since he was very young. However, while he had a history of gut reflux, doctors could find no physical cause for the vomiting. 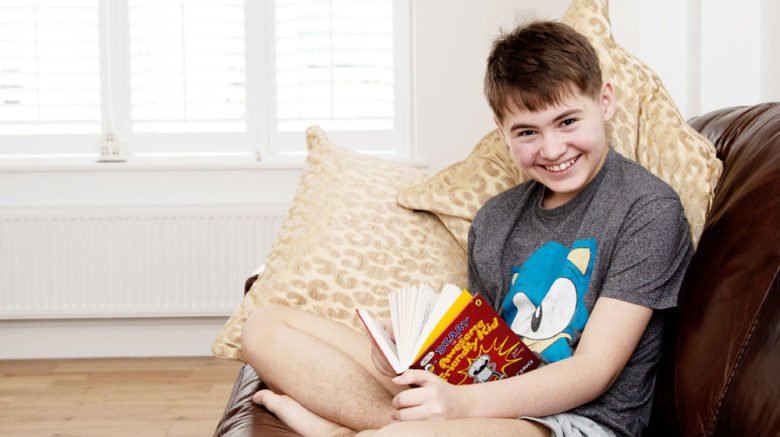 The situation came to a crisis shortly after Zach started secondary school when he collapsed after reporting stomach pains and being sick.

Despite having a naso-gastric tube fitted Zach lost a significant amount of weight and there was a real fear his internal organs were starting to shut down. Zach was referred to the paediatric gastroenterology team at Addenbrooke’s Hospital which worked closely with the paediatric psychological service.

It was found that Zach struggles to be in touch with, and articulate his emotions. Any distress gets changed by his brain into physical symptoms which are easier for him to understand and express. Zach was also found to have perfectionistic traits, and was diagnosed with depression, social anxiety and psychogenic vomiting.

Zach was treated using a using a multidisciplinary approach, which will become commonplace at the new children’s hospital. He was started on medication to help with his mood, and was also seen regularly by a paediatric liaison psychiatrist and a clinical psychologist.

Liaising with nutritionists, paediatric nurses and gastroenterologists, the team put in place a comprehensive education and healthcare plan. He also had psychological treatment and meetings were held with Zach’s GP and school so they understood his condition.

Zach is really starting to show a positive improvement. It’s not just the physical help and the medication; it is the all-round mental package has received which has really made the difference.