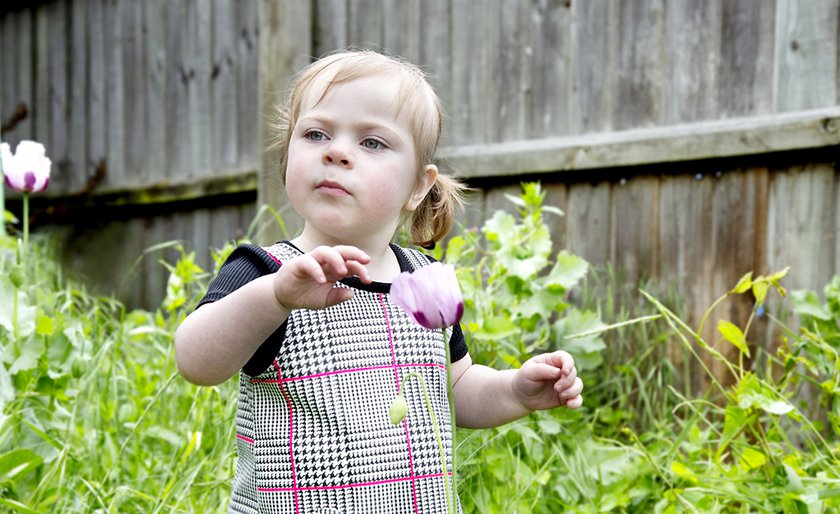 A couple whose daughter has severe epilepsy say taking part in a ground-breaking hospital trial to map her full genome has transformed her quality of life.

Two-year-old Millie-Mae Daly faced an everyday risk of life-threatening seizures, which regularly left her in intensive care at Addenbrooke’s and West Suffolk Hospitals.

But by taking part in the Next Generation Children’s Project at Addenbrooke’s, in which 300 critically ill babies had their whole human genome sequenced,  doctors were not only able to pinpoint the gene which caused Millie-Mae’s illness, but precisely tailor her medication to help manage it better.

Of the 300 babies in neonatal and intensive care units that underwent the trial one in four  were found to have an underlying genetic condition, which once identified typically resulted in a beneficial change to their treatment plan.

Millie’s parents Claire Cole and Kris Daly, from Great Cornard in Sudbury, are now endorsing plans for a new children’s hospital for the east of England – currently the only region in the UK without its own dedicated unit.

Last year the Department of Health committed £100million of public money to build a children’s hospital in Cambridge to serve the east of England region. Mapping the whole genome and understanding the genetic basis of disease and recovery is central to the new hospital’s vision.

It will be the first hospital in the world to fully integrate mental and physical health provision so that young people and their families experience seamless care according to their individual needs.

We realised Millie was epileptic from about four months when she had an attack which left her hospitalised. From then on the situation just got worse until it got to the stage when we were in hospital or having to call an ambulance nearly every other week.

Results which were made available on the NHS within a couple of weeks showed a mutation of Millie’s SCN1A gene.

Claire explained: “It was a bitter sweet moment. Doctors had been hoping Millie-Mae had the less aggressive form of epilepsy which she might grow out of. In fact the test confirmed it was the more severe Dravet form of the illness.

“However, this meant the very same day doctors were able to alter her medication to reflect this. It also enabled us to understand her illness more so we could work with doctors to put a more structured care plan in place, involving physiotherapists, speech and language therapists and dieticians. Within weeks we were starting to see really positive results and have been able to manage her illness much better ever since.”

Having Millie-Mae’s whole genome sequenced was also able to provide more definite answers to her parents as to the source of her illness.

Claire added: “If anyone is thinking of having genetic testing I would recommend it 100 per cent. As well as improving her care we now know that Millie’s illness was caused by a glitch in one of her genes during the very early stage of foetal development. It was not something that Kris and I carried, which in many ways is a relief as this may have had implications for our other three children.

“I think is really great that we are planning to offer this kind of treatment to more families when the new hospital gets built. Being able to make informed decisions has transformed our lives and Millie’s and I would expect it to have huge benefits for families in the future too.”