We talked to Mellie, aged 19, about the time she spent at the Phoenix Centre. Thank you, Mellie, for sharing your experience. 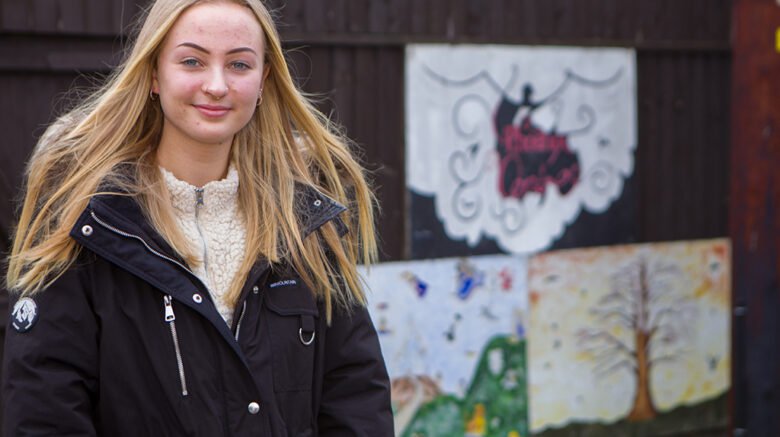 “I was 12 when I was first diagnosed with anorexia. I was referred to the Phoenix Centre when I was 16. I was very adamant this had to be different than my other admissions.

“I would say the best thing was the unit’s programme – it was the most helpful thing for me. It’s individual; one patient’s needs are different to another and they accommodate that. I had to set goals and stuff to do and they were down to me. Like, if your parents are coming in, they’d say to make a plan that works best for you. I’ve always found that recovery will only work if you are the one to lead it, rather than other people
putting it on you.

“In the ward rounds we’d meet as a team with me, the doctor, psychologist and healthcare assistant, as a chance to catch up and to review how you’re doing with meal plans. I think I was really lucky because I got on really
well with my healthcare assistant.

“Seeing my psychologist was something I really wanted to do, and I’d see them twice a week.

“They have family therapy, but that was not really for me. I found it more beneficial to go off the unit with my family, so that’s what we did. They also let them bring in my dog to visit, but he wasn’t allowed in my room!

“The school was really good. I did my GCSEs here. They have all different teachers and subjects. They had a lot of group lessons, like group ethics, which were really good.

“At the Family Day it was different hearing from someone who’s been there. Sometimes your head makes it really easy to just disregard everything and everyone, but if you know that someone’s been where you’ve been, it helps.

“I’ve presented at a Family Days and it was amazing. It was weird being back the first time, but it was nice, and I’ve had good reactions.

“The Phoenix staff really listen. If you had ideas they’d try them out; I remember some things were trial and error!”

I had a lot of support. Prior to the Phoenix I was at my most ill and leaving I was at my best.

In 2019, we started developing plans for a specialist children’s hospital in Cambridge which integrates mental and physical health, with world-class research.

We asked Mellie what she would like to see in the new hospital. “You should keep the garden space, certainly some green areas; we used to go on walks in pairs and with different members of staff. Also, when I was here, we had the therapy dog, which was great!

“We would do things with the other units when we’d go over to their ward, and that was fine as long as you’ve got your own space to go back to, mixing in the middle is good.

“I think being with physical health will be good. Sometimes the general hospital wants to get rid of you when it’s a mental health thing, even though
you have physical side effects, and then you end up getting sent back to the hospital.”

The Phoenix Centre is a specialist eating disorders inpatient unit based in Fulbourn, Cambridge. They offer assessment and treatment for children and adolescents
aged 12 -18 who present with complex eating disorders whose needs cannot be met by outpatient or community services.