Max was born with paralysed vocal cords which restricted his breathing and required a tracheostomy within his first few weeks of life. When it was time to remove the tracheostomy, a small part of 18-month old Max Lee’s rib cage was the key to reconstructive surgery which allowed him to breathe, swallow and communicate on his own. 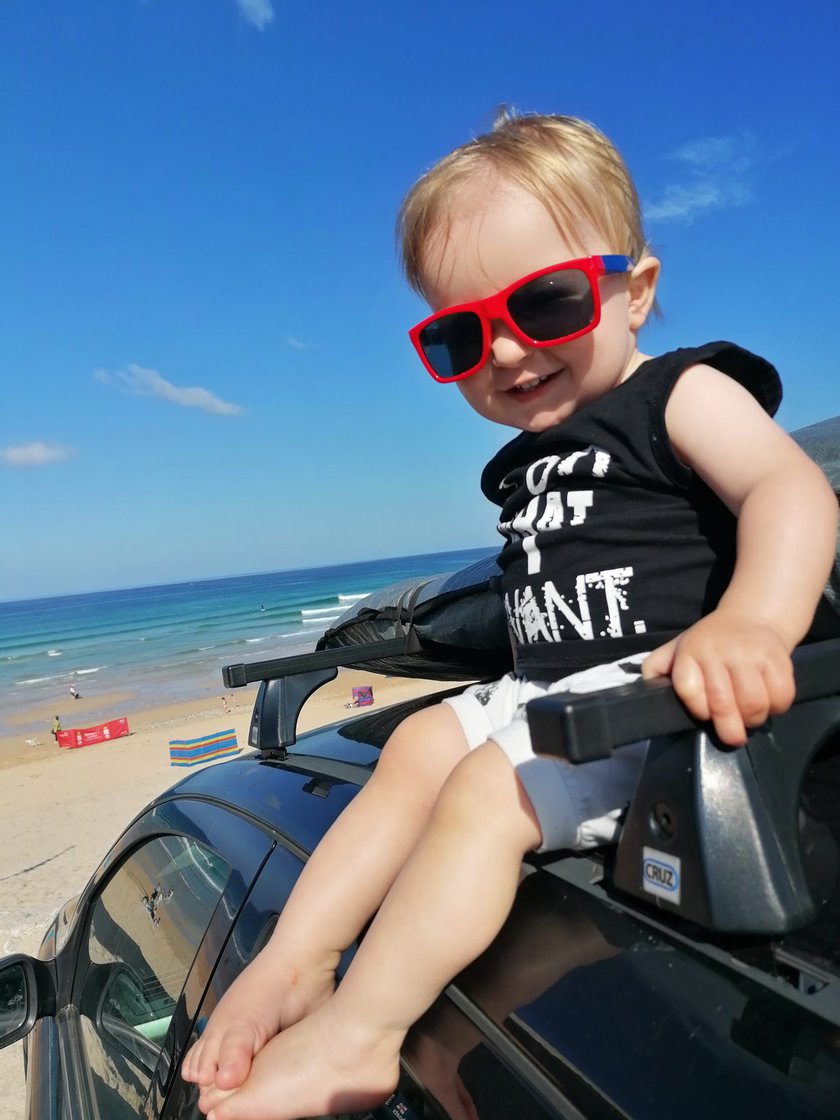 Born at 42 weeks, Max Lee was a healthy baby, however, just as his parents Katherine and Tim were announcing his arrival to friends and family Max began to struggle with his breathing.

‘The midwife grabbed him and ran off with Tim following close behind’ said Katherine. ‘Max was in an incubator on our local neo-natal ward overnight and then transferred by the Acute Neonatal Transfer Service (ANTS) to the neo-natal intensive care unit at the Rosie Hospital the next day. Once we were there he was given oxygen through a tube in his nose to help him breathe more easily.’

‘They carried out a microlaryngoscopy and bronchoscopy (MLB) where they put a camera down his throat to see why he was having problems. They discovered he had a bilateral vocal cord palsy, in effect his vocal cords were paralysed restricting the airway.’

‘I thought your vocal cords just allowed you to speak, I had no idea that they also affected your swallow and breathing too.’

Three weeks later Max underwent surgery for a tracheostomy. He spent 48 hours on the Paediatric Intensive Care Unit (PICU) attached to a ventilator and then moved onto the high dependency unit once he could breathe independently.

‘From then on it was four intensive weeks of training, teaching Tim and I everything we needed to know to care for Max and the tracheostomy at home. We had to learn when and how to suction the tracheostomy, how to do daily tape changes to hold the trache in place and how to carry out fortnightly tube changes. We also had to stay in the on-site family accommodation with Max for the night to demonstrate that we were able to manage, but finally we were confident enough to head home.’

‘It was a good job we had that training through because when we arrived home we were changing Max on the floor and he wriggled so much that he pulled his trache tube out. The first we knew was when he started turning grey and gasping for air. We took the tapes off and could see the pipe had bent in half, my husband’s hands were covered in nappy cream so it was a pretty stressful few minutes trying to open a new tube and get it inserted but we coped. After that we got better equipment to change him on to make sure it never happened again!’

Max continued to thrive. With the support of the speech and language therapy team and following a successful video fluoroscopy swallow test, Katherine and Tim began weaning him and he was soon on to pureed foods.

‘When we went back to clinic in December another video fluoroscope seemed to show that the vocal cords were both moving again. We were told that less than 50% of patients cope with the tracheostomy removal on the first attempt but after another MLB scope in the spring Max’s team attempted to remove it for him.’

However, Max had developed a slight collapse in his airway and laser surgery to correct it was unsuccessful.

‘One month later it was still not resolved but as the collapse was positional rather than constant, the tube was removed to see what would happen. It was replaced with a smaller trache tube which was later capped to see if he would be able to manage but unfortunately he could not breathe.

‘Another route was needed to find a solution. Our doctor took the decision that reconstructive surgery would be the best option. The plan was that they would remove the floppy part of the tube and replace it with some of Max’s rib cartilage.

‘The operation went really well and he was kept sedated and paralysed for a week while the graft took. One week later after another MLB they were happy to wake him up. It took him a long time, although the process started in the morning he didn’t actually come round until 14:00.

‘When he did there was a crowd of people round his bed, all of them had been part of his care team and all of them were willing the operation to have been a success.

When he finally woke up and cried there were a lot of tears from us all, none of us had heard him cry without the aid of a speaking valve before.

After a fortnight on the ward Max was ready to go home on 02 August, which coincidentally was the same date he was discharged the previous year having had his tracheostomy surgery.

‘In terms of his development Max is doing really well he is making noises and we are doing signing with him to help his communication. There’s an inevitable delay to his speech development as he had a year without being able to make the usual baby babbling sounds but I think our view is the trache came out at the right time for him to continue his natural development.’

Max still has speech and language therapy in the community and is coming into the hospital less regularly for check-ups.

‘Having a good support network has been so important in helping us through this,’ said Katherine. ‘Both through the teams that cared for us at the hospital and joining parent networks through social media. One of the first things I did was search for #tracheostomy, there’s a great community out there and having them to talk to was so valuable.’