Adopting a holistic approach has transformed the care of a severely disabled seven-year-old Cambridge boy. 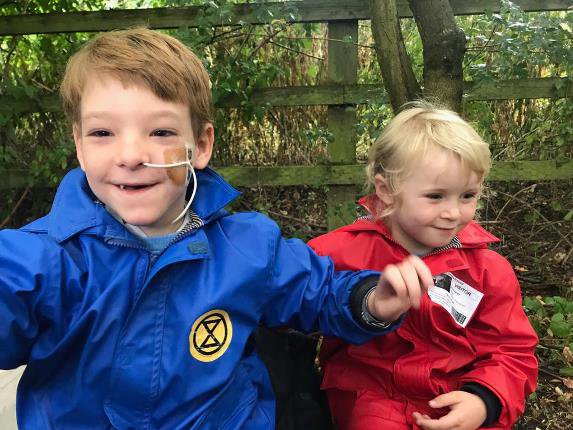 Flynn with his sister

Despite being born 10 weeks early Flynn made good progress during the first year of his life. But that changed when he had a seizure in the middle of the night, causing him to fight for his life.

His mum, Anne-Laura van Harmelen, explained: “He just went blue. We phoned 999 and we were so lucky that an off-duty medic picked up the call and was at our house within two to three minutes. She literally saved Flynn’s life.”

Flynn spent a week in intensive care at Addenbrooke’s where he had multiple life threatening seizures.

We were devastated as this is not something that Flynn will ever grow out of and not much is known about it because it is so rare.

Over the next year the family were in and out of hospital as Flynn’s weakened immune system caused him to have more colds and viruses, which in turn led to more epileptic seizures.

Like most parents Anne-Laura and her husband Rogier Kievit were keen to work with consultants to explore new medications and care options for their son.

These included immunoglobulin replacement therapy (IRT), which has had very good results for treating epilepsy.

Immunoglobulin is the fraction of blood plasma that contains immunoglobulins, or antibodies. IRT involves taking this blood plasma from thousands of different healthy donors and extracting the immunoglobulins so they can be re-injected into the bloodstream of individuals, like Flynn who are unable to produce adequate amounts themselves.

Regular IMR injections made Flynn’s immune system much stronger and he stopped having seizures for three years. Now when he has one, they are much smaller and can be managed at home.

Anne-Laura explained: “I really like the fact the new hospital is focusing on treating children like Flynn as individuals and is willing to explore new ideas, not only in terms of what can be offered as treatment, but also in joining up the care packages that are on offer.

“Like so many children, Flynn has complex needs. For example he has to see speech and language therapists, dieticians, physiotherapists and orthotics teams on a fairly regular basis. Anything that can be done to align his care not only in terms of treatment, but also in terms of joining up healthcare appointments and providing more care at home and in the community will be a real benefit. It will just take so much pressure off these very sick children and their families.”