When Alex’s parents received a call saying he had bumped his head at school, they had no idea that within two weeks he would have lost the ability to walk.

I was 9 when I bumped my head.

The doctors did all kinds of tests that I hadn’t experienced before.

This was scary and I felt sad because I didn’t know what was happening.

I lost the ability to walk and I found it hard to do schoolwork.

Maybe this happened because I was worried about everything.

When I first went to The Croft, I felt a little bit nervous.

It was nice having my mum and dad with me, because they were the people I knew.

The staff were really nice, helping me and entertaining me.

I had appointments with the psychiatrist.

But I think The Croft helped my whole family, not just me.

I was happy when I started to get better because I could join in more games with my friends.

I think it would be good to have a mental health and physical health hospital.

When Alex’s parents received a call saying he had bumped his head at school, they had no idea that within two weeks he would have lost the ability to walk.

The accident happened in February 2019. Alex complained he felt dizzy and couldn’t walk in a straight line. Even though a brain scan and other tests showed nothing untoward, Alex started to go downhill. A formerly bright student, he couldn’t focus at school. He couldn’t stand up. He started to crawl.

“He dismantled bit by bit, until everything was gone. It was like a computer shutting down,” remembers dad, Andrew.

Physiotherapy didn’t help. It was then Alex’s neurologist said the problem could be in his head.

“We were convinced it was a physical problem, but there was this gradual realisation that it might be psychological. It was really difficult to go from one to the other,” says Alex’s mum, Amy.

“It was hard to understand how someone could stop doing all of these things all of the time. Family members were saying Alex needed to snap out of it, but there was nothing we could say or do.” 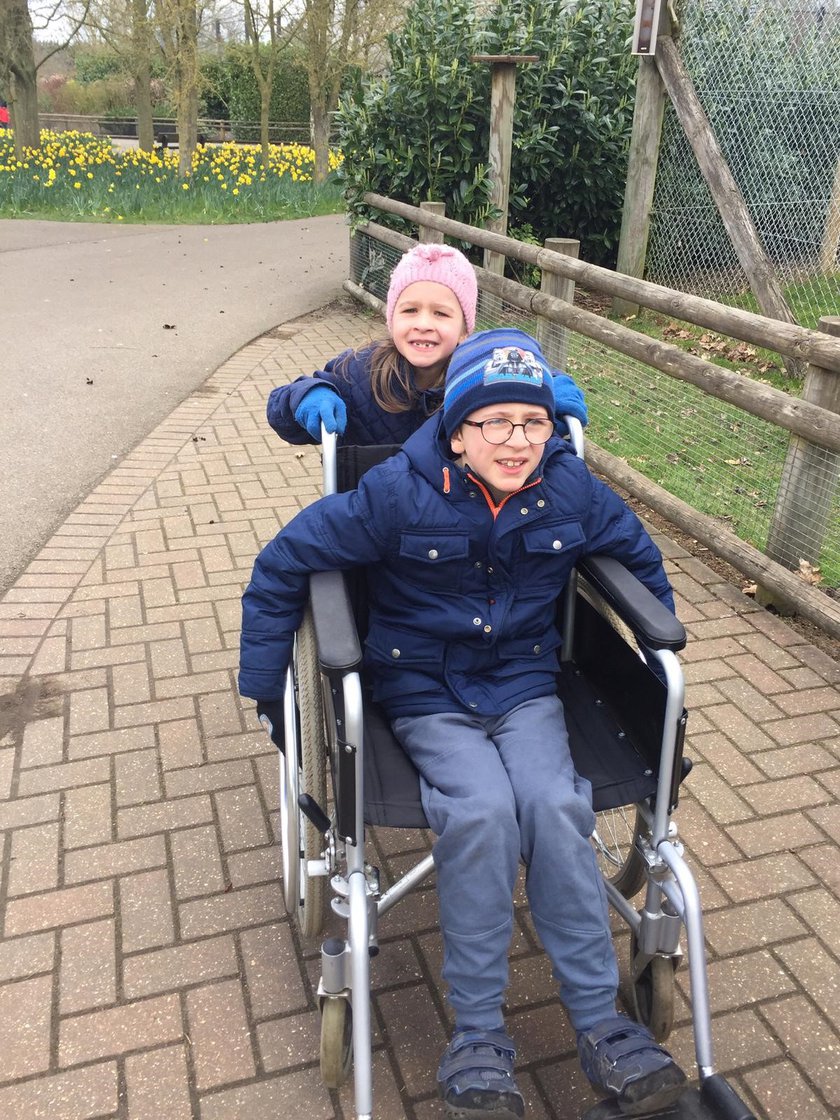 Alex pictured with his sister

By April, Alex was in a wheelchair, and by July he kept his legs folded beneath him in the wheelchair, his muscles wasting away.

Alex was referred to The Croft, a residential ‘in-patient’ centre near Cambridge for children with mental health conditions and their families. It is one of five units across the country that provides a family approach to care, admitting the whole family to better support the child'. Alex was admitted in August. His parents and other family members took it in turns to stay with him.

Family therapy gave everyone a chance to let off steam. It was a safe space to allow the frustrations of the previous months to come to the surface. “We were completely and utterly lost – at breaking point. It made no sense. Family therapy made us less angry and helped us work together as a family,” says Amy.

Alex’s baby sister was able to stay at The Croft with his mum. His other sister, then age 7, was also given support. Naturally, her own life had been adversely affected by what had happened 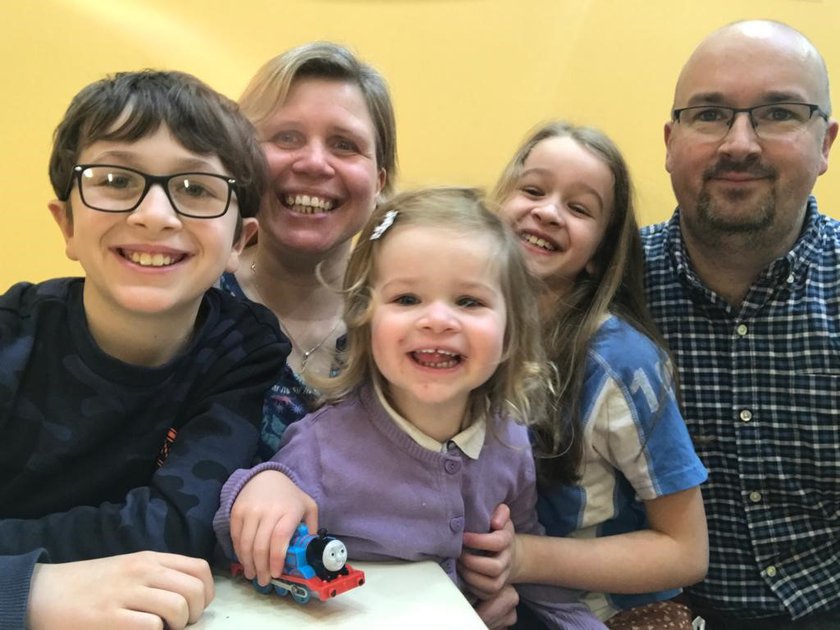 Alex was diagnosed with conversion disorder, a rare psychological condition where someone has physical symptoms but no physical cause. The psychologist said Alex was suffering from PTSD, caused by all Alex’s worry about the scans and tests at the hospital after he bumped his head. An anxious child, Alex believed he was seriously ill and had, quite literally, shut himself down.

The psychologist at The Croft gradually ‘reset’ Alex on a subconscious level, using a tapping method to tell him he wasn’t in danger and his brain wasn’t damaged. He was discharged in December.

“You could have flipped a coin. It was remarkable,” says Amy. “It was like Alex was being plugged back in, bit by bit. The old Alex started coming back.”

Looking to the future, Alex’s parents welcome plans to build a new regional children’s hospital in Cambridge that treats children’s mental and physical health together, a unique concept.

“This is desperately needed”, says Amy. “Alex’s condition was a real interaction between his physical and psychological health. We went down each route separately, but they were interconnected.

“For us, bringing the treatment of psychological and physical health together would have made a huge difference - fewer delays, fewer wrong turns and less wasted resources. The suffering would not have been so bad, nor lasted so long.” 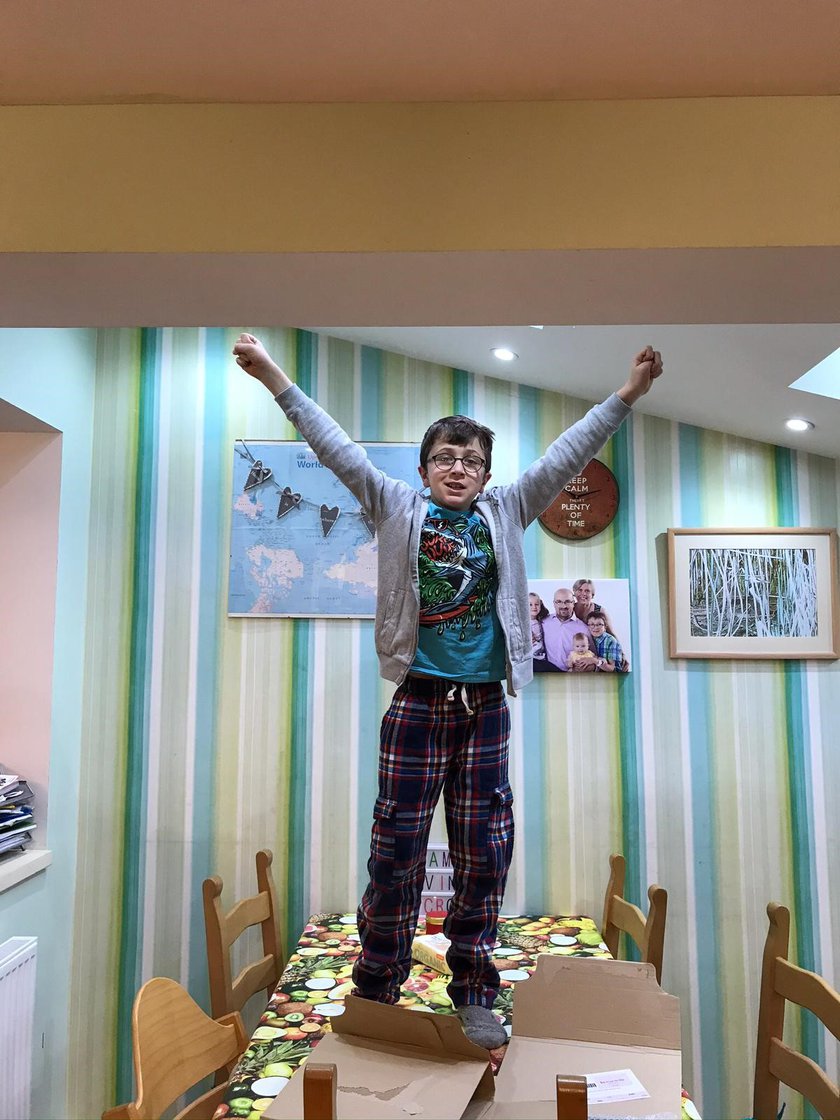