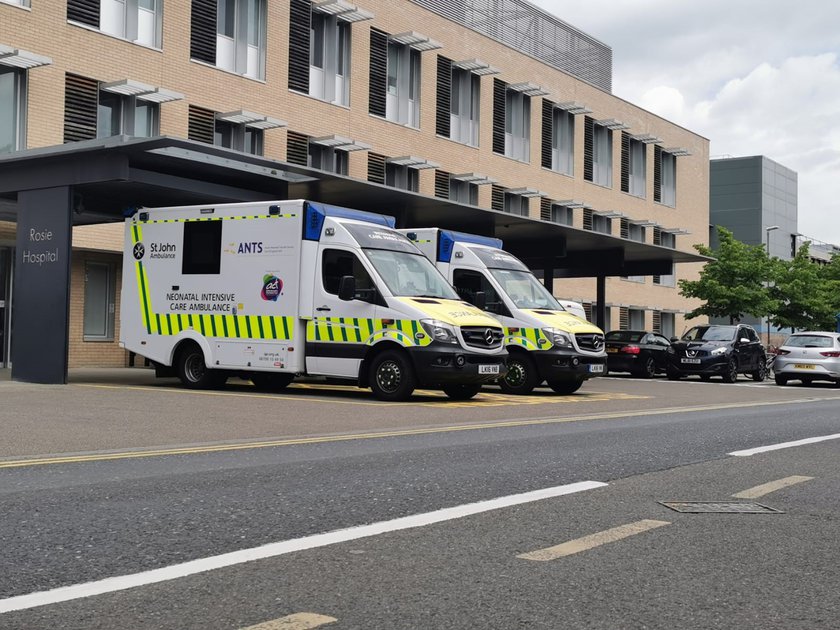 A new service to transport very sick babies and children within the east of England launches on 7 April 2021.

The paediatric and neonatal decision support and retrieval service – known as PaNDR and pronounced 'Panda' – provides critical care to children who need to be moved to different locations across Norfolk, Suffolk and Cambridgeshire.

This is in addition to the existing neonatal service that will continue to cover the whole of the east of England as it does now.

The existing neonatal service, known as ANTS, will be introducing decision support from 1 March. ANTS will then be formally absorbed into PaNDR from 7 April. The neonatal patch (all of the east of England) will remain unchanged.

You can read the full press release here Dr Sue Broster has been appointed to lead the new combined paediatric and neonatal service.

Sue is a consultant in Neonatal Intensive Care and Neonatal Transport Medicine and the Deputy Medical Director at CUH. She has been working in the Neonatal Retrieval Service in the east of England since 2007 and is looking forward to the launch of this exciting new combined service.