An Addenbrooke’s doctor who researches the origins of cancer in children has led a breakthrough in the way we understand the childhood kidney cancer Wilms’ tumour. 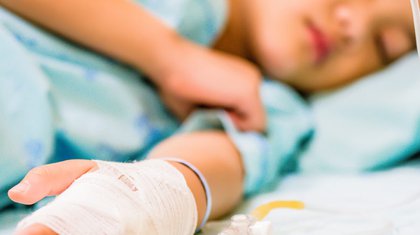 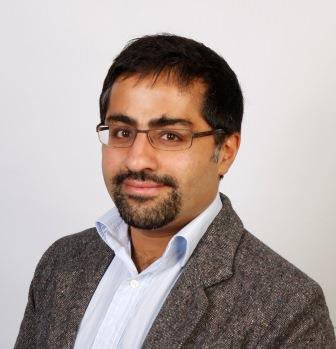 An Addenbrooke’s doctor who researches the origins of cancer in children has led a breakthrough in the way we understand the childhood kidney cancer Wilms’ tumour.

Dr Sam Behjati, who holds positions at the Welcome Sangar Institute, the University of Cambridge and Addenbrooke’s Hospital, worked with colleagues to sequence genomes from Cambridge patients to discover the earliest genetic roots of the disease.

This close collaboration between researchers and clinicians is an example of how young people and their families from across the East of England, and beyond, will benefit from Cambridge Children’s – a new hospital which will co-locate world-class scientists and doctors to deliver the latest in diagnostic and treatment.

The research, published in the journal Science, uncovers a novel route by which cancers can form in the first few weeks of life, whereby an early cell gains the DNA modification associated with cancer and proliferates while the kidney is developing.

Understanding the root of the cancer promises to improve treatment and help prevent recurrence of Wilms’ tumour. This discovery also raises the possibility of one day being able to screen for cancers like this before tumours develop.

Nine out of ten cases are curable by surgery to remove the affected kidney together with chemotherapy and sometimes radiotherapy. Usually the cancer only affects one kidney, but in around 10 per cent of cases both kidneys are affected. It has been assumed that the cause of Wilms’ tumour is one cell ‘going wrong’ as the kidney develops in the first few weeks of life.

This study is the first to compare healthy kidney tissue with Wilms’ tumour tissue, using comparative genome analysis to investigate the cause of the disease. 66 tumour and 163 normal kidney tissue samples were collected by researchers at Addenbrooke’s Hospital and Great Ormond Street Hospital. Scientists at the Wellcome Sanger Institute sequenced DNA from the samples to create 229 whole genome sequences, which were analysed to identify genetic changes between tumours and normal tissue.

In two thirds of children with Wilms’ tumour, DNA changes associated with the disease were found to be shared by both normal kidney tissue and tumour tissue. This allowed the researchers to hone in on patches of genetically abnormal cells which, when looked at down a microscope, appeared to be normal.

Dr Behjati said: “The discovery of the genetic root of Wilms’ tumour signals a shift in our understanding of this particular cancer, and childhood cancer more generally. Our findings represent a radical departure from how we think about Wilms’ tumour because we never expected to find the root of cancer in normal-looking tissue.

“What we have found is that Wilms tumour doesn’t just come out of the blue, but in many children it has grown from an invisible root. Think of a beautifully maintained lawn, which underneath its lush surface has roots of weed. Now that we know that these roots exist, we may be able to begin to look for Wilms cancers before they arise, possibly even paving the way to think about preventing childhood cancer.”