A new study has used in depth genetic sequencing to explore why some children develop secondary leukaemia after being treated for cancer. 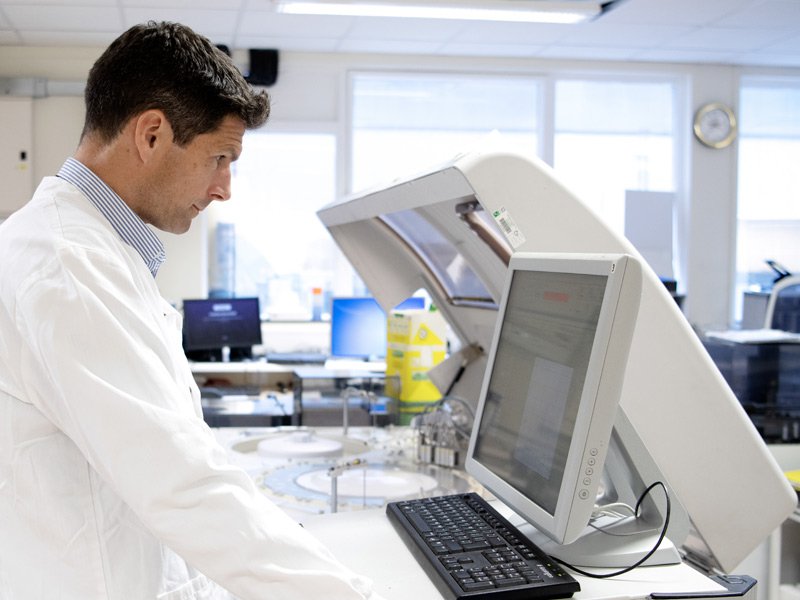 Seeking the roots of childhood disease

Experts from the Wellcome Sangar Institute and Addenbrooke’s Hospital looked at the whole genome of children with neuroblastoma - a cancer of the nerve cells. They found that chemotherapy caused changes to the genome that could then cause leukaemia in some children later on.

The findings, published today in the science journal ‘Blood’, could mean children who are more likely to develop secondary cancer are identified early. This could lead to changes in their treatment, reducing the risk of them getting cancer again.

Every year around 100 children in the UK are diagnosed with neuroblastoma which often requires intense treatment including chemotherapy. These powerful drugs are very effective at killing cancer cells but unfortunately also have side effects. This includes damaging the DNA of healthy cells, including bone marrow cells. For a few children who survive neuroblastoma, the damaged bone marrow cells develop into leukaemia – blood cancer.

In this new study doctors sequenced the whole genomes of bone marrow and blood samples of two children who both developed blood cancer following high-risk neuroblastoma treatment. They discovered that the seeds of secondary leukaemia were sown at the very start of their chemotherapy treatment.

This cutting-edge molecular technology is an example of the fundamental research into the origins of disease that will be delivered by the planned Cambridge Children’s Hospital, which will integrate physical and mental health under the same roof as leading genomic research.

We have been able to unravel the root of therapy-related blood cancer in these children which seems to lie in the early stages of neuroblastoma treatment. We hope to further investigate this to identify children at higher risk, and inform a more tailored treatment plan to reduce the risk of secondary leukaemia.

The team found that in both patients the leukaemia had mutations that were caused by neuroblastoma chemotherapy. A wider analysis of 17 children treated for a variety of cancers then identified another child who had undergone neuroblastoma treatment and had developed pre-leukaemia seeds.

Dr Grace Collord, Addenbrooke's paediatric haematology registrar and co-lead author, said: “This research would not have been possible without the contributions of the patients and their families, and we are indebted to them for their participation in this study. Understanding the reason why some childhood cancer survivors go on to develop blood cancer is crucial if we are to find a way to help protect against this devastating complication.”

Dr Matthew Murray, co-lead author and consultant paediatric oncologist at Addenbrooke’s Hospital, said: “Therapy-related leukaemia remains extremely challenging to treat and we lack tools to predict or prevent it. These findings offer hope that we may be able to identify patients at high risk of leukaemia early in their neuroblastoma treatment. In future we hope it will be possible use such information to inform individual treatment plans and suppress leukaemia development.”

This project was supported by Wellcome and St. Baldrick’s Foundation. Further support was provided by NIHR and Great Ormond Street Hospital Children’s Charity.